These need to be made and consumed. They are not made to save or make ahead of time. Under all that butter and chocolate the toasty crunch of the bread will disappear if you make these ahead of time.

There are many variations of crostini. For this sweet crostini recipe use hazelnut spread instead of melting chocolate. 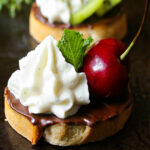 You may also like my savory crostini: Sauteed Grape Tomato Crostini with ricotta cheese and prosciutto. 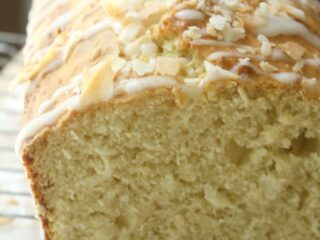 They look sooooo goooooooood! It'll probably be hard to stop eating them.

You got that right! Must maintain self control.