Mashed Parsnips and Potatoes with Thyme Infused Butter is a flavorful side dish perfect for large family meals.  A flavorful blend of parsnips and potatoes whipped with milk and thyme infused butter. A flavorful blend of potatoes and parsnips boiled in chicken broth then whipped with milk and thyme infused butter. If you are looking for a warm and comforting recipe for parsnips this is the one for you. Your mashed potatoes are getting an upgrade with this mashed parsnips recipe. Parsnip recipes became popular last month not only because they are in season but because they are so versatile. That ugly white root vegetable can really become the star ingredient in some gourmet dishes.

Don’t believe me? Check out 60+ Greatest Parsnip Recipes on the web.

Questions, Comments or just follow along for the love of food! Find me on these social media sites: Parsnips are in season and they are trendy right now in the food industry. There are a bunch of parsnip recipes popping up on pinterest and the web. You don’t want to pass by this root vegetable in the produce section. They are closely related to the carrot and actually look exactly like a white carrot. 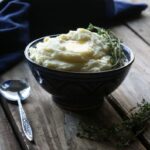 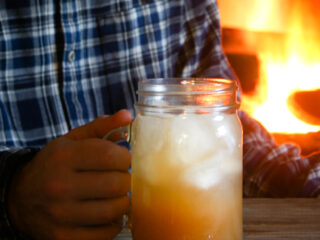